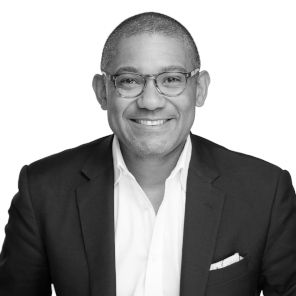 Jason is the Founder of Lenox Park Solutions and oversees all aspects of the firm. Before founding Lenox Park, Jason was a Director in Merrill Lynch’s Fixed Income Structured Credit group in New York. In that role, Jason was instrumental to Asset Management due diligence for a highly selective Investor base.

He began his career in Investment Banking working on M&A transactions for Financial Institutions, then helped launch a start-up group in London focused on deepening Merrill Lynch’s most lucrative institutional client relationships. Jason graduated from the University of Texas with a B.A. in Economics. At the University of Texas, he was a member of the prestigious organization, The Texas Cowboys.

Jason remains active at his alma mater, where he serves on the advisory boards for the Department of Economics and the Department of Black Studies. He was honored to deliver the College of Liberal Arts commencement address for 2017 University of Texas graduates, where he spoke about diversity and inclusion

He is an active member of the United Nations Private Sector Forum, where he has had the honor of serving as Co-Chair of the Private Sector Working Group for the 10th principle UN’s Global Compact – Anti-Bribery & Anti-Corruption; and Keynote speeches to the General Assembly on matters relating to Capital Access and Infrastructure Investing on the Continent of Africa.

In 2008, Jason founded Nyawa Funding Group, a 501(c)(3) not-for-profit organization with a mission to improve living standards in Sierra Leone.